Bitcoin has become a controversial and influential form of currency. More and more people are starting to become interested in this virtual currency. Bitcoins are not printed, like dollars or euros, but produced by computers worldwide. Cryptocurrency is a growing asset class that shares some characteristics of traditional currencies. You can use Bitcoins to pay for almost anything.

The most important characteristic of Bitcoin is its decentralization. No single institution controls the Bitcoin network. A group of volunteer coders maintains it. And, an open network of dedicated computers spread around the world run it. Some are not comfortable with the bank or government institutions controlling their money. That is why they get attracted to Bitcoin. They no longer have to worry about the double-spending problem of electronic currencies. An ingenious combination of cryptography and economic incentives set Bitcoins apart. Banks fulfill this in electronic fiat currencies. The traditional system is under the control of these banks. The integrity of the transactions in Bitcoin is on the hands of a distributed and open network. That network has no owner.

Fiat currencies, such as dollars, euros, yen, won, and others, have an unlimited supply. Central banks can issue as many as they want. They can even attempt to manipulate a currency’s value relative to others. Citizens with little alternative, being holders of the money, bear the cost. Only the underlying algorithm controls the supply of Bitcoin. There is a small number of new Bitcoins trickling out every hour. It continues to happen at a diminishing rate until there are 21 million Bitcoins. That is why people consider Bitcoin as an attractive asset. The value will increase if demand grows, and the supply remains the same.

Proof of identification is usually required when you send traditional electronic payments. That is for verification purposes and compliance with anti-money laundering and others. There is no central validator in Bitcoin. So, there is no need for identification when sending Bitcoin to another user. The protocol checks previous transactions and confirms if the sender has enough Bitcoin. It also checks if the sender has the authority to send them. There is no need to know his or her identity. What matters is that he or she has enough Bitcoins and authorized to carry the transaction.

Most exchanges perform identity checks on their customers. They have to pass before they can buy or sell Bitcoin. That is under the law and facilitates how to track Bitcoin usage. The progress of a particular transaction is visible to all. That is because the network is transparent. That is also why criminals, terrorists, and money-launderers avoid Bitcoin.

People used to believe that Bitcoin is only a marketing gimmick. Not anymore. The public is now more open to the innumerable benefits of using Bitcoins. Buyers have lower risks for fraud.

You do not have to divulge any sensitive information when you transact with Bitcoin. That is unlike traditional payment. There is no need to provide your credit card or debit card details to the seller. The buyers enjoy a certain degree of financial anonymity. Most credit cards do not offer this benefit. Bitcoins are like digital cash that hackers cannot intercept in any way.

Preservation of coins is possible; there is no risk of inflation.

Inflation occurs when the government issues more money over the year. The purchasing power of the people diminishes because of that. Bitcoins have zero risks of inflation. The Bitcoin system has the sole purpose of being finite to around 21 million. The threat of inflation comes down to almost zero because of that. There is no possibility of issuing excess currency. That benefits both the seller and the buyer.

Bitcoin payments have lower transaction fees. You will realize that when you compare it to the ones made for credit and debit card purchases. That feature makes it favourable to small business ventures.

It is effortless to transport Bitcoins. You can even use the same currency in a different country. There is no need to undergo the painful process of contacting the local bank. You do not need any currency conversions.

Another great thing about Bitcoin transactions is that the entire process is peer-to-peer. There is no third party involved whatsoever. No one can freeze, tax, or claim your coins. The government can never steal or seize your coins in any way.

It is such a pain when your credit card funds get locked up in case a customer asks for a chargeback. Payment delays occur for no reason at all. Bitcoin payments are quicker when compared to conventional credit card settlements. Bitcoin settlements occur within two business days only.

There is an authentic digital signature for every Bitcoin wallet transaction. That is a must before it gets sent to a blockchain. The whole process makes the app a safe place. You can store and exchange cryptocurrencies without any worries.

Only a few small online sellers offer their services on an international scale. That is because of the high cross-border transaction fees. Since Bitcoins are global, it relieves this pressure. Payments are now more affordable, safer, more comfortable, and faster.

You can consider cryptocurrencies as an emerging technology. Commerce as we now know it will be more improved as time passes by. The adoption of this technology is an excellent move for everyone. People can now check Bitcoin price live on different websites. They can check the status of Bitcoins easier. Do not be the last person to join the bandwagon. Take a step and save yourself from a lot of hassle in the future.

What is An Insurance Customer Portal?

Posted by Patricia - June 10, 2021 0
This is the era of internet progression. And a biggest example of this progression is usage of customer portal. A…

How Can Using Personal Self Storage Benefit You

Posted by Patricia - November 3, 2018 0
Self-storage units are made not only for entrepreneurs but also for homeowners. They have unlimited applications and uses. Space-starved individuals… 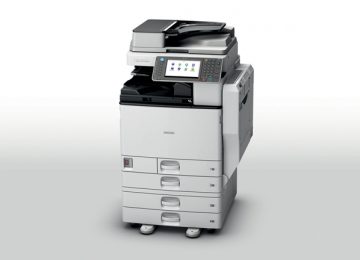 Posted by Patricia - October 23, 2019 0
Each business or company out there has its own unique printing and photocopying needs. The problem is they do not… 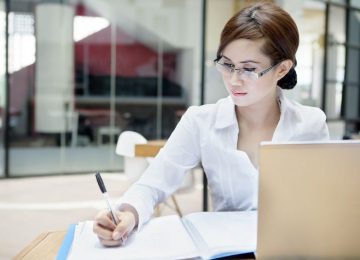 Posted by Patricia - June 6, 2021 0
Establishing an organisation upon registering one firm demonstrates the commitment to operate legally in quite a cohesive approach. Stakeholders might…